A different experience of reading

For those who like to read e-books online, there is a "Cloud Library" customized for you. You can choose the e-book you want to read according to your preferences. Each e-book is attached with a table of contents. You can enjoy the same experience of reading a paper book while reading the e-book.

The Great Chronicle of Buddhas

The Great Chronicle of Buddhas

The Great Chronicle of Buddhas-Singapore Edition

Selections from The Connected Discourses of the Buddha

Selections from The Connected Discourses of the Buddha

Translated from the Pali by Bhikkhu Bodhi
Wisdom Publications

Selections from The Numerical Discourses of the Buddha

Selections from The Numerical Discourses of the Buddha

Translated from the Pali by Bhikkhu Bodhi
Wisdom Publications

Therīgāthā: Verses of the Senior Nuns

Therīgāthā: Verses of the Senior Nuns

Venerable “Luangpor” Pramote is a Buddhist monk residing in Suan Santidham Temple (The Garden of Peaceful Dhamma), Sriracha, Chonburi, Thailand. He teaches the Dhamma to avid practitioners looking to truly understand the middle way and to progress in their practice. Bangkok residents set out on an hour and a half drive in the darkness of the early morning to arrive before sunrise. They line up outside the temple to get a good seat to listen to his teachings, express their concerns regarding their own practice and receive individual advice – a custom that has been coined “submitting their homework” for the headmaster to fine-tune or modify.

He travels tirelessly around Thailand and abroad, teaching and helping to wake up the minds of people as he goes, in what is quickly becoming one of the biggest Buddhist enlightenment movements in recent times.

Luangpor Pramote Pamojjo became a monk in 2001 after being an avid meditator since he was seven years old. He has had many teachers along the way, but considers himself primarily a disciple of Luangpu Dune, from North Eastern Thailand’s Forest monk lineage of Luangpu Mun Bhuridatto.

For You, the Newcomer

For You, the Newcomer

The Buddhist Way to Peace of Mind

The Buddhist Way to Peace of Mind

To See the Truth

To See the Truth

The Path to Enlightenment I

The Path to Enlightenment I

The Path to Enlightenment II

The Path to Enlightenment II

Phra Ajaan Mun Bhuridatta Thera was born in 1870 in Baan Kham Bong, a farming village in Ubon Ratchathani province, northeastern Thailand. Ordained as a Buddhist monk in 1893, he spent the remainder of his life wandering through Thailand, Burma, and Laos, dwelling for the most part in the forest, engaged in the practice of meditation. He attracted an enormous following of students and, together with his teacher, Phra Ajaan Sao Kantasilo, was responsible for the establishment of the forest ascetic tradition that has now spread throughout Thailand and to several countries abroad. He passed away in 1949 at Wat Suddhavasa, Sakon Nakhorn province.

Ajahn Dune Atulo was born on October 4, 1888 in Praasaat Village in Muang District, Surin province. At the age of 22 he ordained in the provincial capital. Six years later, disillusioned with his life as an uneducated town monk, he left to study in Ubon Ratchathani, where he befriended Ajaan Singh Khantiyāgamo and reordained in the Dhammayut sect. Shortly thereafter, he and Ajaan Singh met Ajaan Mun Bhūridatto, who had just returned to the Northeast after many years of wandering. Impressed with Ajaan Mun’s teachings and with his deportment, both monks abandoned their studies and took up the wandering meditation life under his guidance. They were thus his first two disciples. After wandering for 19 years through the forests and mountains of Thailand and Cambodia, Ajaan Dune received an order from his ecclesiastical superiors to head a combined study and practice monastery in Surin. It was thus that he took over the abbotship of Wat Burapha, in the middle of the town, in 1934. There he remained until his death in 1983.

As one of the most senior members of the Forest tradition founded by Ajaan Mun, Ajaan Dune was widely known as Luang Pu, a term of great respect and affection, meaning “Venerable Grandfather.”

Gifts He Left Behind

Gifts He Left Behind

Ven. Luangta Maha Boowa (12 August 1913 – 30 January 2011), a direct disciple of Ven. Ajahn Mun, was one of the most venerated teachers of twentieth-century Thailand. Considered the leader of the Thai Forest Tradition for many years, he was known for his fierce teaching style. Following the death of Ajahn Thate in 1994, he was considered to be the Ajahn Yai (or head monk) of the Thai Forest Tradition lineage until his death in 2011.

In Commemoration of the Venerable Ajahn Maha Bua Nanasampanno

In Commemoration of the Venerable Ajahn Maha Bua Nanasampanno

Death is Always Watching Us

Death is Always Watching Us

A Life of inner Quality

A Life of Inner Quality

Straight from the Heart

Straight from the Heart

Things As They Are

Things As They Are

Ajahn Chah was born into a large, comfortable family in a rural village of northeast Thailand. In his early youth, he took samanera (novice monk) ordination and on reaching the age of twenty, he became a bhikkhu (a fully ordained Buddhist monk). In his early monastic life, Ajahn Chah studied Buddhist teachings and scriptures, but yearning for meditation guidance and dissatisfied with the slack standard of discipline at his monastery, he took on the life of a tudong or wandering monk. As a tudong monk, Ajahn Chah lived austerely in forests, caves and cremation grounds, and sought out the guidance of local meditation masters, including Ajahn Mun.

In 1954, after many years of practice without a permanent home, Ajahn Chah was invited to settle in a dense forest near his birth village. Over time, a large monastery called Wat Pah Pong was established there as monks, nuns, and laypeople came to hear Ajahn Chah’s teachings and train with him. His teachings and community contained elements commonly held throughout the Forest tradition, focusing on a simple, aesthetic, and rigorous lifestyle, discipline and moral conduct, meditation and contemplation, and a transformative inner experience rather than a reliance on scholarly knowledge. Although these Forest tradition elements were held in common, every Forest monastery and teacher also had their own flavor. In his teachings, Ajahn Chah placed an emphasis on community living and right view as essential aspects of the path to liberation.

Ajahn Chah was remarkable for his integrity, humor, and humanness; for his sense of surrender to spiritual practice and to the present moment; and for his ability to connect with people from many backgrounds in a spontaneous, straightforward, and joyous manner. He taught in a simple, yet profound style and emphasized practice in everyday life. As disciples gathered around Ajahn Chah, branch monasteries in his lineage also began to be established. Many new branch monasteries have continued to be established even after his death in 1992. At present there are more than three hundred Forest branch monasteries in Ajahn Chah’s lineage spread throughout Thailand and the world. Environmental conditions may cause the details of life amongst these many monasteries to vary somewhat; but in all of them, simplicity, heedfulness, and the strict adherence to monastic discipline support and encourage residents to live a pure life focused on the continuous cultivation of virtue, meditation, and wisdom.

Stillness Flowing - The Life and Teachings of Ajahn Chah

The Collected Teachings of Ajahn Chah

The Collected Teachings of Ajahn Chah

Everything is Teaching Us

Everything is Teaching Us

Food for the Heart

Food for the Heart

The Path to Peace

The Path to Peace

A Message from Thailand

A Message From Thailand

One of the foremost teachers in the Thai forest ascetic tradition founded by Phra Ajahn Sao Kantasilo and Phra Ajahn Mun Bhuridatto.

Phra Ajahn Lee Dhammadharo (1907- 1961) was one of the foremost teachers in the Thai forest ascetic tradition of meditation founded at the turn of the century by Phra Ajahn Sao Kantasilo and Phra Ajahn Mun Bhuridatto. His life was short but eventful. Known for his skill as a teacher and his mastery of supernatural powers, he was the first to bring the ascetic tradition out of the forests of the Mekhong basin and into the mainstream of Thai society in central Thailand.

The Autobiography of Phra Ajahn Lee

The Autobiography of Phra Ajahn Lee

A Refuge in Awakening

A Refuge in Awakening

A Handbook for the Relief of Suffering

A Handbook for the Relief of Suffering

Keeping the Breath in Mind

Keeping the Breath in Mind

The Craft of the Heart

The Craft of the Heart

The Path to Peace & Freedom for the Mind

The Path to Peace & Freedom for the Mind

The Skill of Release

The Skill of Release

Buddhadāsa Bhikkhu (Servant of the Buddha) went forth as a bhikkhu (Buddhist monk) in 1926, at the age of twenty. After a few years of study in Bangkok, which convinced him “purity is not to be found in the big city,” he was inspired to live intimately with nature in order to investigate Buddha-Dhamma in study and practice. Thus, he established Suan Mokkhabālārama (The Grove of the Power of Liberation) in 1932 near his hometown of Pum Riang (now in Chaiya District). At that time, it was the only forest Dhamma Center and one of the few places dedicated to vipassanā meditation in Southern Thailand. Word of Buddhadāsa Bhikkhu, his work, and Suan Mokkh spread over the years so that they are easily described as “one of the most influential events of Buddhist history in Siam.” Here, we can only mention some of the most interesting services he has rendered Buddhism.

Note: He used bhikkhu (originally “mendicant renunciate,” later settled “monk”) as part of his pen name, while ajahn is as a common form of address for monks and other teachers.

A Single Bowl of Sauce – Teachings Beyond Good & Evil

A Single Bowl of Sauce - Teachings Beyond Good & Evil

Author｜Buddhadāsa Bhikkhu
Translated from the Thai by Donald K. Swearer

Getting Started in Mindfulness With Breathing

Getting Started in Mindfulness With Breathing

Idappaccayata- The Buddhist Law of Nature

Idappaccayata- The Buddhist Law of Nature

Living in the Present

Living in the Present

Author｜Buddhadāsa Bhikkhu
Translated from the Thai by Roderick S. Bucknell

May We Leave This Legacy With You

May We Leave This Legacy With You

Nibbana from Every Angle

Nibbana from Every Angle

Author｜Buddhadāsa Bhikkhu
Translated from the Thai by Steve Schmidt

Quenching Without Remainder & The Fruit of Meditation

Quenching Without Remainder & The Fruit of Meditation

The Liberating Teachings of Buddhadasa on Suchness

The Liberating Teachings of Buddhadasa on Suchness

Author｜Buddhadāsa Bhikkhu
Translated from the Thai by Jack Kornfield

The Meditative Development of Mindfulness of Breathing

The Meditative Development of Mindfulness of Breathing

Author｜Buddhadāsa Bhikkhu
Translated from the Thai by Stephen R. Schmidt

The Prison of Life

The Prison of Life

The World of Metteyya Is at the Tip of Our Nose

The World of Metteyya Is at the Tip of Our Nose

Where Is Suan Mokkh?

Where Is Suan Mokkh?

Author｜Buddhadāsa Bhikkhu
Translated from the Thai by Tanya Brockelman 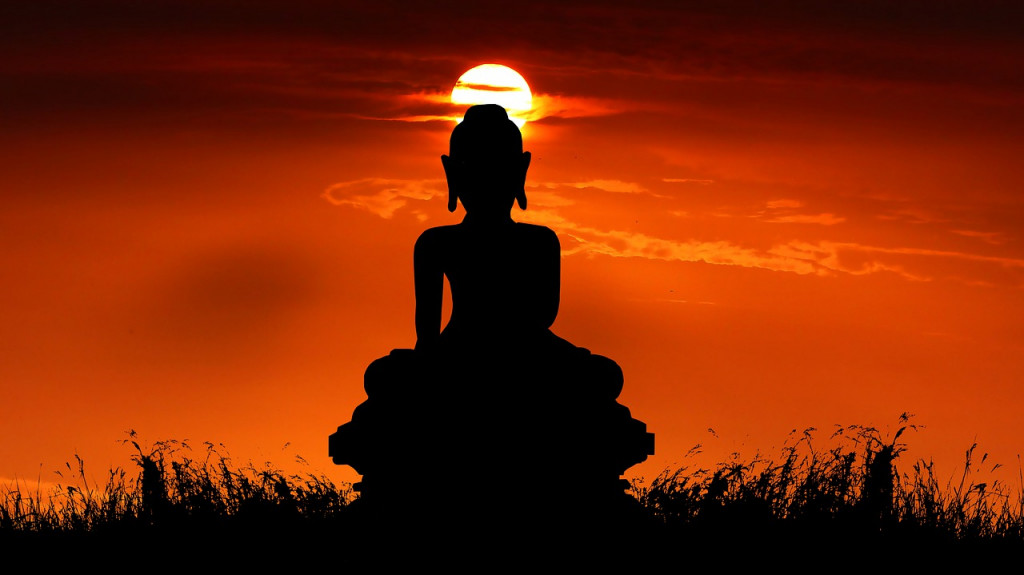 Think not lightly of good, saying, “It will not come to me.” Drop by drop is the water pot filled. Likewise, the wise man, gathering it little by little, fills himself with good. （Dhp122）